Many Cheshire homeowners are already benefiting from the electricity generated from the solar panels installed on their property. But with traditional solar panel installations, there is a drawback.

A great deal of the electricity is generated during the peak sunlight hours of between 10 am and 2 pm. The problem? Most homeowners aren’t in their homes during those times; they’re at work. That means all of the excess electricity being generated is fed back into the National Grid.

Having a solar battery installed on your property can change all of that by storing your excess solar energy for use at a later point. So what exactly is solar battery storage, and how does it work?

What is Solar Battery Storage Cheshire?

As you’ll likely be aware, solar panels convert energy from the sun into electricity, which runs through an inverter to create electricity for your home. With a solar battery storage system in place, you can store any excess power generated by your solar panels rather than letting it feed back into the National Grid.

This means you can use the energy generated from your solar panels whenever you need it, not merely when they are generating electricity. When you return home from work, you can use electricity generated during the day to power your lights and appliances, long after the sun has gone down.

In other words, solar battery storage allows you to power your property at night with free electricity harvested during the day.

For traditional Solar PV installations, the energy generated is converted by an inverter from direct current (DC) to alternating current (AC) and then fed in the grid and subsequently back into your home.

However, by installing a solar battery storage system, the electricity is fed into this device instead, keeping the electricity “on tap” for later in the day when energy usage is usually at its highest. Only if the battery is completely full will electricity leave the system and go to the grid.

This allows Cheshire homeowners to become much more self-sufficient concerning energy consumption. Those with solar battery storage units installed only require a tiny amount of electricity from the grid each year. 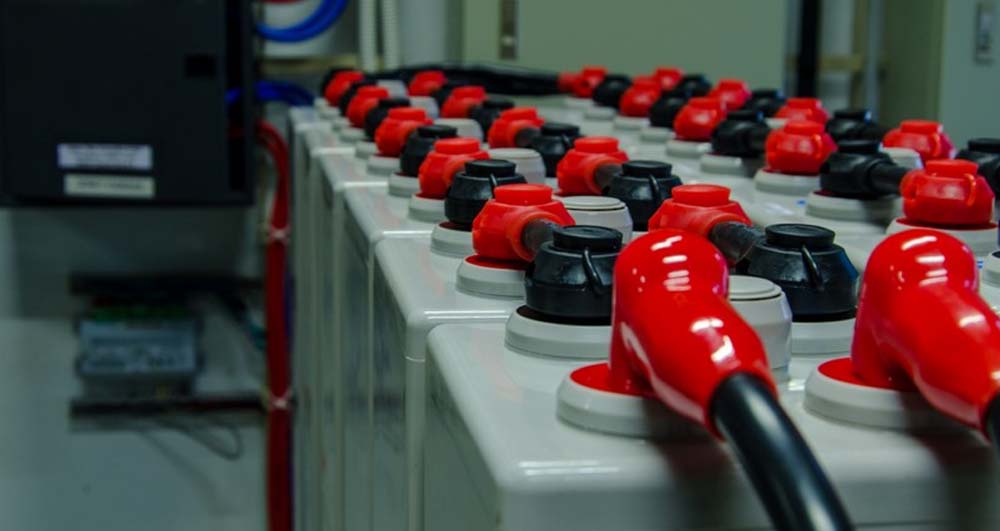 Apart from the obvious benefits of making your home as green as possible and reducing your reliance on the grid, there are several other benefits related to installing a solar battery storage solution.

First of all, having a battery on your property ensures that you have continuous access to power. In the event of power cuts, while everyone else is searching for torches and candles, you can carry on undisturbed using the power your solar panels have generated throughout the day. This is a crucial feature for commercial enterprises who can’t afford to be without power for any length of time.

Next, some battery storage systems allow you to charge from the grid, allowing you to accrue electricity at “off-peak” prices (such as during the middle of the night). Lastly, residential installs only take a couple of hours, and commercial projects can go ahead without any interruption to operations, making them a pain-free option for cheaper, greener energy.

Why Choose Applegarth for Your Solar Battery Storage in Cheshire?

Homeowners with solar panels installed across Cheshire are discovering that there is a better way to utilise their renewable energy generated from solar panels. Rather than let it slip away to the grid, they are making the smart decision to store what they generate for use during the evening hours of peak usage.

Here at Applegarth, we are Cheshire’s premier installer of both residential and commercial battery storage systems. We operate right across the North West, including Liverpool, Chester, and the Wirral.

We can install a battery storage solution in a mere matter of hours, and our high-skilled and experienced engineers are always on hand to provide advice and suggest the best possible solution for your property.

So if you’re looking to upgrade your solar panel installation and make the most of the electricity you generate, speak to a member of our team today.