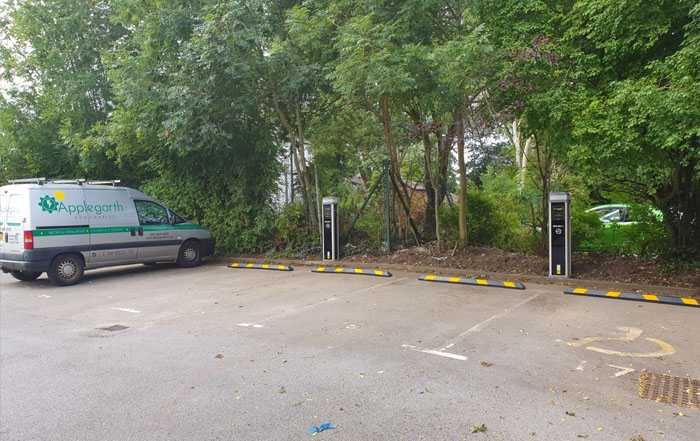 So what does this mean for the UK’s EV charging infrastructure moving forward, and does more money need to be pumped into public charge points?

This report, like many before it, has confirmed that public bodies have a long way to go in order to keep pace with the demand for EV charge points. The lack of investment in public infrastructure is often cited as a reason for the slow uptake of EVs in the UK, and this report will do little to quell those concerns.

While Transport and Environment UK say that’s enough to accommodate current demand, it is thought that EV sales are on the cusp of exploding, with several major manufacturers (including VW) announcing that they intend to only sell EVs in their respective ranges by 2026.

So far, in 2022, 14.4% of new vehicles sold have been pure electric models, more than double last year’s total. If these trends continue, it’s likely that the number of public charge points will need to increase significantly (and, crucially, at a faster rate) in order to keep up with demand.

Lastly, the report also uncovered serious discrepancies in EV charging infrastructure across the UK. While London is increasing its charging capacity by 49% each year, Northern Ireland only increased their number of charge points by a meagre 8% last year.

Wales, the North East, Yorkshire and Humber, East Midlands, the North West, and the West Midlands all added less than 2,000 public chargers each to their respective networks. This lack of investment in EV infrastructure in some parts of the UK is likely to have a detrimental effect on EV uptake, as the lack of charge points will put off potential customers.

What Is Being Done to Address the Issues Raised in the Report?

The government has recognised that more needs to be done to better facilitate the move to electric driving and has announced a number of measures designed to increase the number of charge points.

They have committed to spending a further £450 million to deliver its public charging network, forming part of their Electric Vehicle Infrastructure Strategy that aims to deliver 300,000 charge points for the UK by 2030.

There are also grants available for installing public charge points, such as the On-Street Residential Chargepoint Scheme (ORCS), which provides grant funding for local authorities towards the cost of installing on-street residential charge points for plug-in electric vehicles.

Speak to Applegarth Regarding Your Charge Point Installation Today

Whether you’re a homeowner, business owner, or local authority, Applegarth Electrical is an OLEV-approved installer of EV charge points. We can help you take advantage of the government’s grant funding schemes and ensure you have the charge points you need to accommodate the move to electric vehicles.

We specialise in the installation of EV charge points across the North West and have a wealth of experience in installing all types of charge points, from single wall-mounted units to complex multi-charge point setups.

To find out more about our services or to discuss your specific requirements, call us today on 0151 649 8350 or email us at info@applegarth.co.uk, and we’ll be happy to help.