The benefits of domestic micro-generation 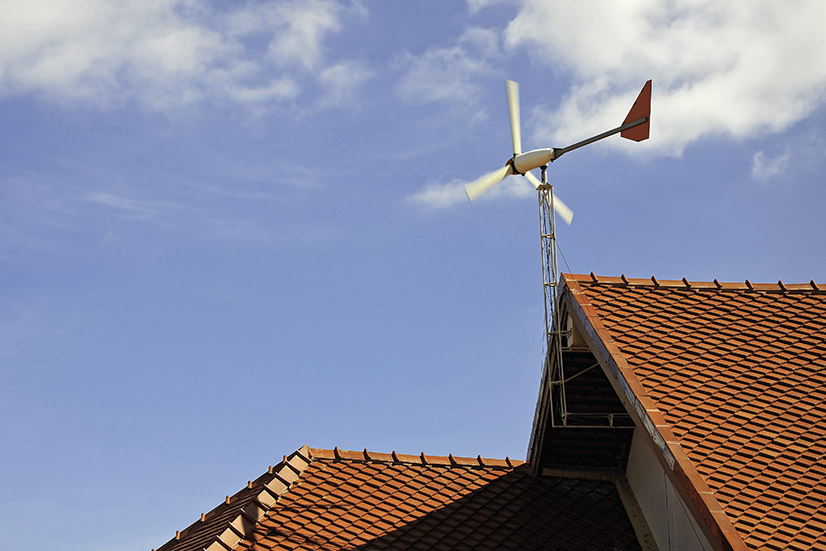 Micro-generation is the production of power or heating on a very small, usually domestic scale, as opposed to to the output of a typical industrial-scale power station.

Power is used at the source of generation, rather than from a long distance away. The immediate benefit is that the costs involved in distributing and transmitting the energy provided are eliminated. The micro-generation methods we provide are renewable, meaning there is no use of fossil fuels. As well as saving you money, you are also reducing your carbon footprint.

Free heat from the sun can be used to heat water for domestic use by the installation of solar panels called collectors, fitted to your roof. The heat is collected during periods of strong sunlight, and then a conventional boiler or immersion heater can be used to make the water hotter, or to provide hot water when solar energy is unavailable.

Solar hot water is worth considering if you have somewhere to place the solar panels. You’ll need around five meters of roof space or a flat wall which faces East to West through South and receives direct sunlight for the most of the day. You may also need a larger or extra hot water cylinder, or add a specialised cylinder with a solar heating coil.

As with the large-scale wind turbines you see, domestic turbines use rotating blades to generate electricity. The blades are pushed around, driving a turbine. The amount of power produced is dependent on the amount of wind. Britain as a country experiences high levels of windy weather, making it an ideal location for this form of green energy.

The two types of domestic wind turbine are pole-mounted, which are free standing and set up in a position where they will catch the optimum amount of wind, and building-mounted, which are smaller and can be mounted to the roof of a home. The former can generate 5 to 6 kW, whereas the building-mounted variety are smaller, and generate less at 1 to 2 kW.

Ground source heat pumps are another method, using pipes buried underground to generate heat. A mixture of water and antifreeze is circulated around a loop of pipe, known as a ground loop. This fluid absorbs heat from the ground and then passes it through an exchanger and into the heat pump. This method can be used year-round as the temperature of the ground is generally constant.

Rainwater harvesting is the collection of rainwater directly from the surfaces it falls on, rather than have it go into the drainage system or be lost through evaporation and transpiration. Once collected and stored, it can be used for purposes such as include toilet flushing, garden watering and washing machines. If properly treated and filtered, the system can also be used for providing drinking water.

To be able to benefit from domestic rainwater harvesting, you will need a sufficiently large roof-space and somewhere to keep a storage tank for the water collected. Most of these tanks are buried under gardens in order to keep the water from freezing, and save space.

If you would like to enjoy the money saving benefits of any of these methods of micro-generation, as well as preserving fossil fuels and the environment, get in touch with us today.